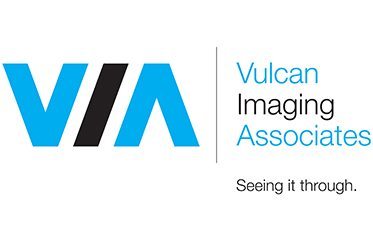 BIRMINGHAM – One of Alabama’s oldest radiology groups has a new name. The former Radiology Associates of Birmingham (RAB) is now Vulcan Imaging Associates.

Dr. Jonathan Walter, a partner in the group, cites two primary reasons for the change.

“First, it’s just branding. One of our biggest competitors has a name that’s very similar to our old name, and it was confusing to some of our clients,” says Walter.  The other reason, he adds, is the group’s growing footprint.  “We’ve expanded outside of Birmingham,” he said. “And we anticipate growing into other areas in the near future.”  Two examples of this growth are a pair of new partnerships the group has announced. Vulcan Imaging Associates is now the imaging services provider for Gadsden’s Riverview Regional Medical Center. Additionally, the group has become the one-stop radiology solution to assume all Alabama contracts for Digirad, a national mobile imaging service.

About Vulcan Imaging Associates (VIA)

Vulcan Imaging Associates can trace its roots back to 1917 when Dr. James Meadows established the group at what is now St. Vincent’s Birmingham.  Today, the group provides a full range of radiology services, some of which are rarely seen outside of large university centers.

The company distinguishes itself in three ways that are unique in not only Alabama but the entire nation.  “First of all, VIA does 24/7 final reads,” says Dr. Walter. This service allows doctors and patients to get virtually instant feedback that can be critical to providing care, particularly important if an acute problem is detected. “Most groups do preliminary reads using teleradiology companies staffed with unfamiliar people,” he adds. “We get you answers within two hours – faster in an emergency. You speak to the same doctors in our group day or night.”

Secondly, the team is loaded with specialists. In fact, about 70 percent of the radiologists are fellowship-trained.  “If you go to the doctor and your knee hurts, one of our musculoskeletal specialists will read your MRI,” explains Dr. Walter.  Finally, Vulcan Imaging Associates offers a unique Picture Archiving and Computer System (PACS) that includes free portals for both patients and doctors to provide prompt access to imaging results. “There’s even an app that will alert your doctor when your images are read,” says Dr. Walter.  Vulcan Imaging Associates service 15 locations, including St. Vincent’s Birmingham, Brookwood Baptist Medical Center, and Riverview Regional Medical Center in Gadsden.