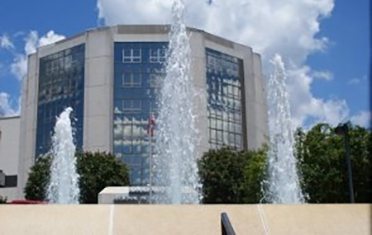 BIRMINGHAM – Birmingham-based Vulcan Imaging Associates has taken over the radiology services for Gadsden’s Riverview Regional Medical Center.  The move has allowed VIA to significantly upgrade Riverview’s radiology services and provide services with a level of care previously an hour’s drive away.  “There’s no need for people in Gadsden and the surrounding communities to come to Birmingham to get their radiology care,” says Dr. Jonathan Walter, a VIA partner and Riverview’s Chief of Radiology. “Now, the same doctors that cover some of the most prominent Birmingham hospitals, namely St. Vincent’s and Brookwood, cover Riverview.”

Vulcan Imaging Associates sets itself apart by offering a combination of services that few imaging groups in Alabama offer.  For starters, VIA provides 24/7 final reads—quick answers from doctors you already know and no preliminary reports that may be changed only a few hours later when the next shift of doctors arrives.  Second, VIA has compiled a team mostly of specialists, meaning more accurate reads by doctors with extra training. Finally, with their Picture Archiving and Computer System (PACS) and mobile app, doctors and patients get instant access to their results from anywhere in the world.  “We’ve brought a new level of radiology services and technology to Gadsden,” says Dr. Walter. “They’ve never had anything like this—a total package of services, roughly 20 different doctors available to read their studies, and all the latest technology.  I’m so proud of what we’ve brought to the people of Gadsden.”  The move is consistent with the group’s current growth strategy. A century-old practice, Vulcan Imaging Associates recently adopted a new name as it continues to expand its footprint outside Birmingham.

About Vulcan Imaging Associates (VIA)

Vulcan Imaging Associates can trace its roots back to 1917 when Dr. James Meadows established the group at what is now St. Vincent’s Birmingham.  Today, the group provides a full range of radiology services, some of which are rarely seen outside of large university centers.